Asia-Pacific Network for Enterovirus Surveillance (APNES) is a network of disease surveillance in Asia-Pacific region gathering data about the latest enterovirus infections.The APNES aims at strengthening the region’s clinical and laboratory systemsin Enterovirus detection and prevention by continually sharing data on outbreaks and emerging enteroviruses. The long-term goal of the APNES is to estimate disease burden, understand virus evolution, and facilitate vaccine development through harmonizing laboratory diagnosis and data collection.

In Taiwan, the largest nationwide EV71 epidemic occurred in 1998. There were at least 405 children hospitalized and 78 died with serious neurological complications. A total of 130,000 cases of HFMD and herpangina were reported to the national sentinel surveillance program. It has been estimated that 1.5 million cases of HFMD occurred during the epidemic.We understand how severe the EV71 cases could be. The rapid progression of severe complications, such as central nervous system disease and cardiopulmonary failure, can lead to death within 24 to 48 hours. Based on health economic studies, each EV case may cost medical expenses around $69-771 USD. Moreover, children with EV infectionsmay need to stay at home for 1 week in some countries, which indirectlybrings huge impacts on the society mainly attributable to parental miss from works.

In addition to Taiwan, EV71 also caused severe epidemics in several Asian Countries, including Brunei, Cambodia, China, Malaysia, Singapore, and Vietnam. As far as I know, in Cambodia, the largest outbreak of EV71 infection was in 2012,whichkilled at least 54 children.In Malaysia, the first large outbreak of EV71-associated HFMD emerged in 1997 and caused 41 deaths among young children. In Vietnam, the largest outbreak of HFMD during 2011-2012 caused over 200,000 hospitalizations and 207 deaths.Here we can see, enterovirus infection is a very serious problem in Cambodia, Malaysia, Vietnam and Taiwan and we need to work together to control and prevent it.

In response to these unmet medical needs, the Asia-Pacific Network for Enterovirus Surveillance (APNES) was established through collaborations between academic institutes and hospitals in Cambodia, Malaysia, Vietnam and Taiwan.In the first phase, the members of APNES include the Institut Pasteur du Cambodge (IPC) in Cambodia, University of Malaya (UM) and Universiti Malaysia Sarawak (UNIMAS) in Malaysia, the Children’s Hospital No. 1 of Ho Chi Minh City (CH1-HCMC) and the Pasteur Institute of Ho Chi Minh City (PI-HCMC) in Vietnam, and Taiwan NHRI. In 2018, Chulalongkorn University, Faculty of Medicine in Thailand has joined the network. All APNES members agree to share surveillance data and reagents.

National Health research institutes in Taiwan (NHRI) is greatly honored to establish theAPNES. This network will inspire every member to have a deeper and better collaboration in enterovirus prevention and control. 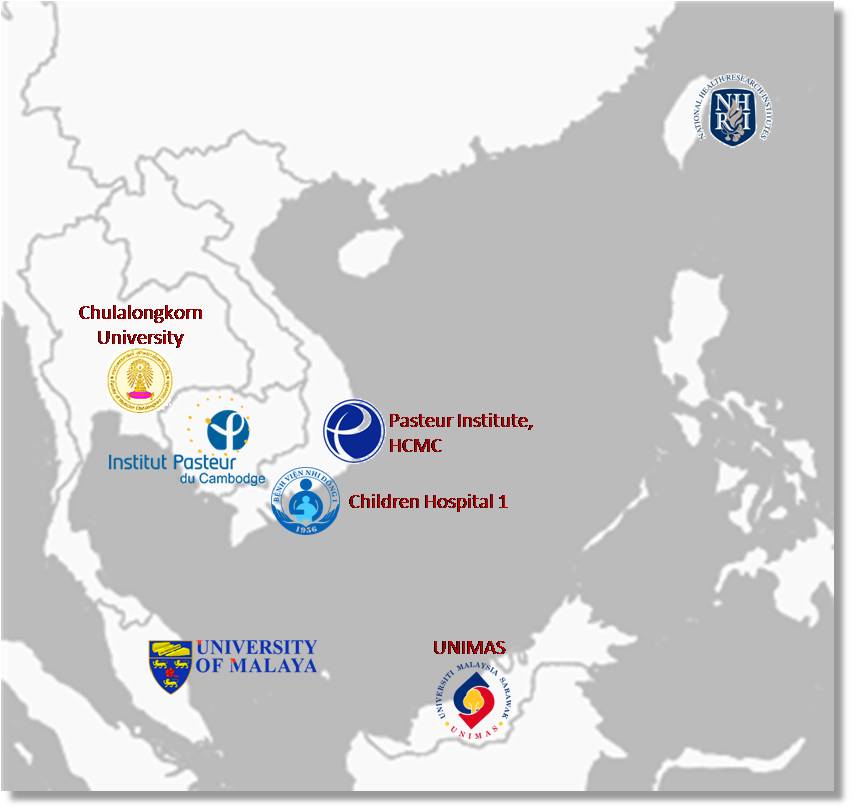